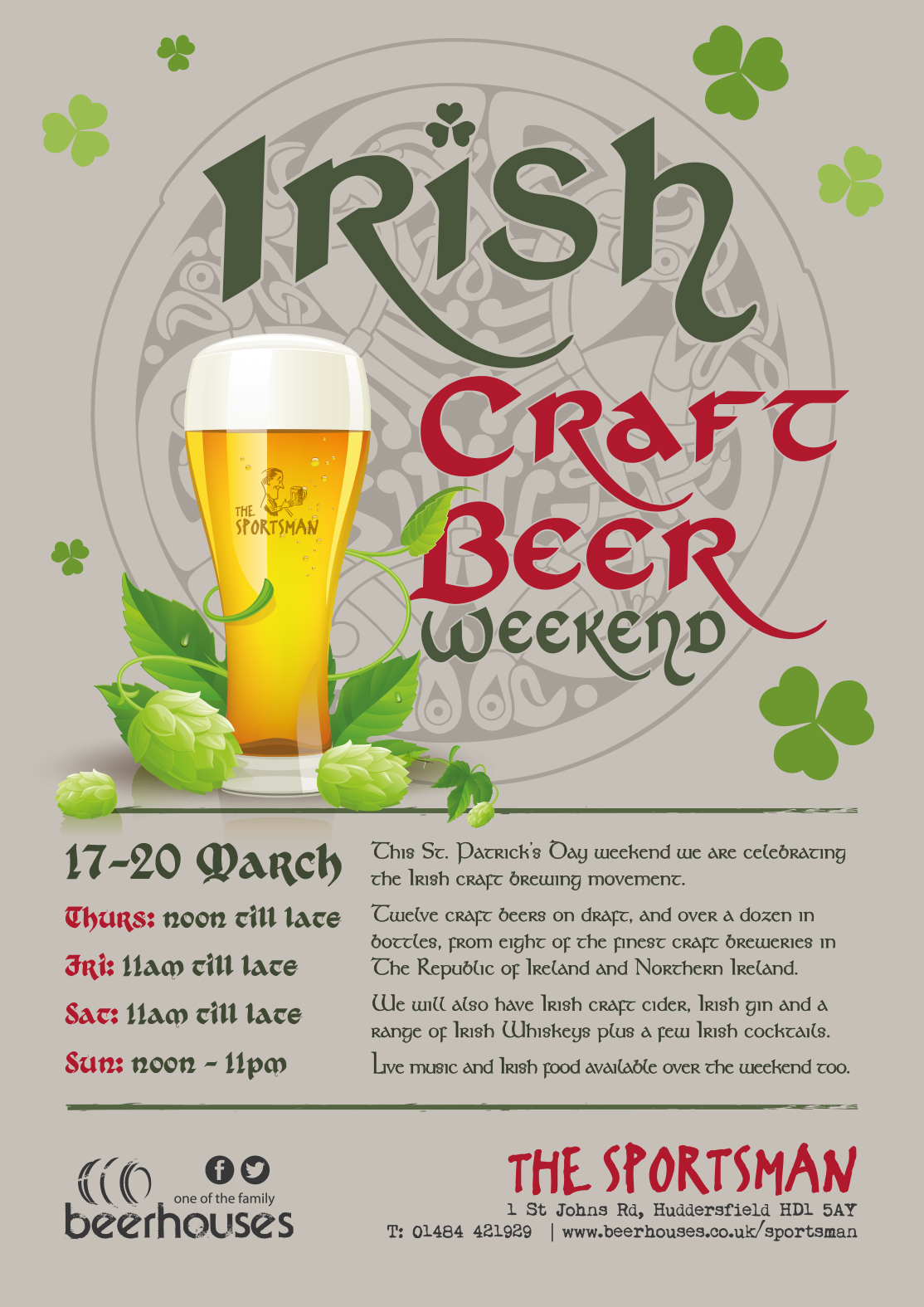 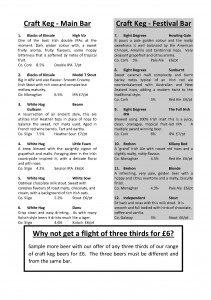 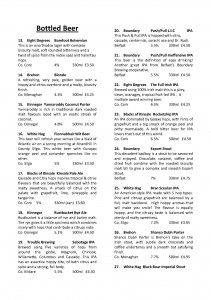 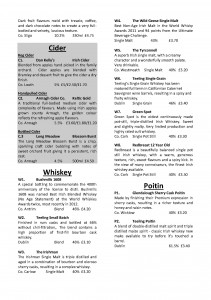 It used to be that when you thought of Irish beer the only thing that came to mind was a pint of black stout beginning with ‘G’.

This March The Sportsman will be celebrating the Irish craft brewing movement by hosting an Irish Craft Beer Weekend.

There will be twelve craft beers on draft, and over a dozen in bottles, from eight of the finest craft breweries in The Republic of Ireland and Northern Island.

We will also have Irish craft cider, Irish gin and a range of Irish Whiskey plus a few Irish cocktails.

There will be live music and Irish food available over the weekend too.