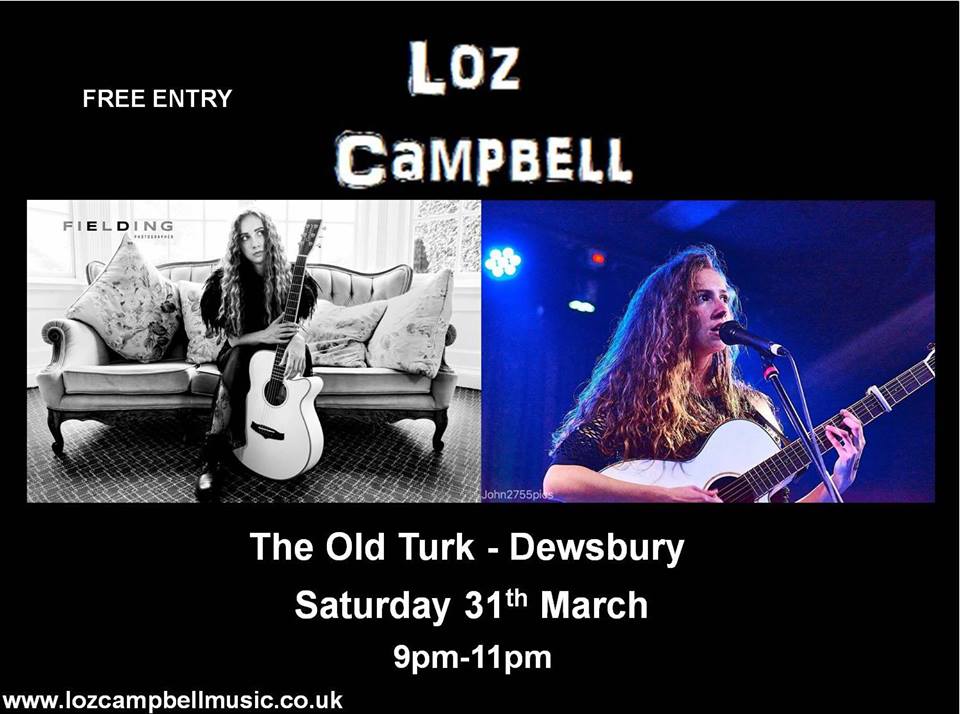 After storming onto the music scene at the tender age of 15; Loz Campbell has continued to grow at an alarming rate. With 2 EP’s & now a debut album under her belt, quoted as “the unstoppable gigging machine”, “One to watch” & “Ridiculously talented”. Her highly reviewed debut album “Green Eyes” offers something for everyone & has been said to have strong links to successful 90’s bands such as Nirvana & Garbage. With the title track launching the band onto stages such as the O2 Academy Leeds & joining as special guest on UK tours.
Her music has been used in a film and for an advert.
Described as “one to watch” and an “amazing artist”. Her voice and her style of music makes her difficult to place in one specific genre but her music is admired & enjoyed by all and the demand for her music reflects this!