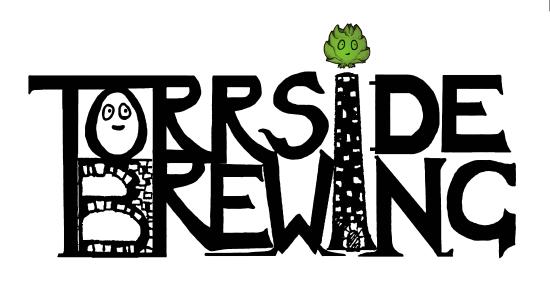 Meet the Brewer with Torriside

Join us for a tutored tasting from the Torriside Brewer

Torrside Brewing is based in New Mills, in Derbyshire’s High Peak, on the north-west edge of the Peak District.   New Mills is an old and sizeable town, but by historical fluke has missed out on having its own brewery!

Their name is taken from the Torrs, the 70-foot-deep gorge cut by the Rivers Goyt & Sett, that the town stands above and around.

The Torrside team is a very democratic set-up between 3 long-practicing homebrewers, with a lot of support from long-suffering partners.  We’d each been brewing for several years, and it was time to do something with all that obsession.
Beer is an amazingly varied drink, with flavours that are created by a huge number of factors  – from the mix of malts and hops, and which yeasts we use for fermentation, to finer details of the brewing process such as timings, temperatures, and maturation.
So we’re brewing across that wide range – from real ales and world beer styles, to historical recipes and a few more unconventional beers.   We don’t have core beers,  though we do brew some beers more regularly  – as long as we like it, and it’s gone down well with our drinkers!
But our flagship styles are well-hopped pales, all manner of smoked beers, and the ‘Monsters’ barleywine series.

We put our beer into bottle, cask, and keykegs;   all our beer is vegan  (we don’t fine our beer or use animal products in making it),  and it’s natural “real ale”  (conditioned by live yeast in the vessel it’s served from).

6 thirds of Torriside cask and keg

I am curious lemon (lemon and pepper pale) 4.5%

Admission: £10 per person including 6 thirds of Torrisde beer and a light supper