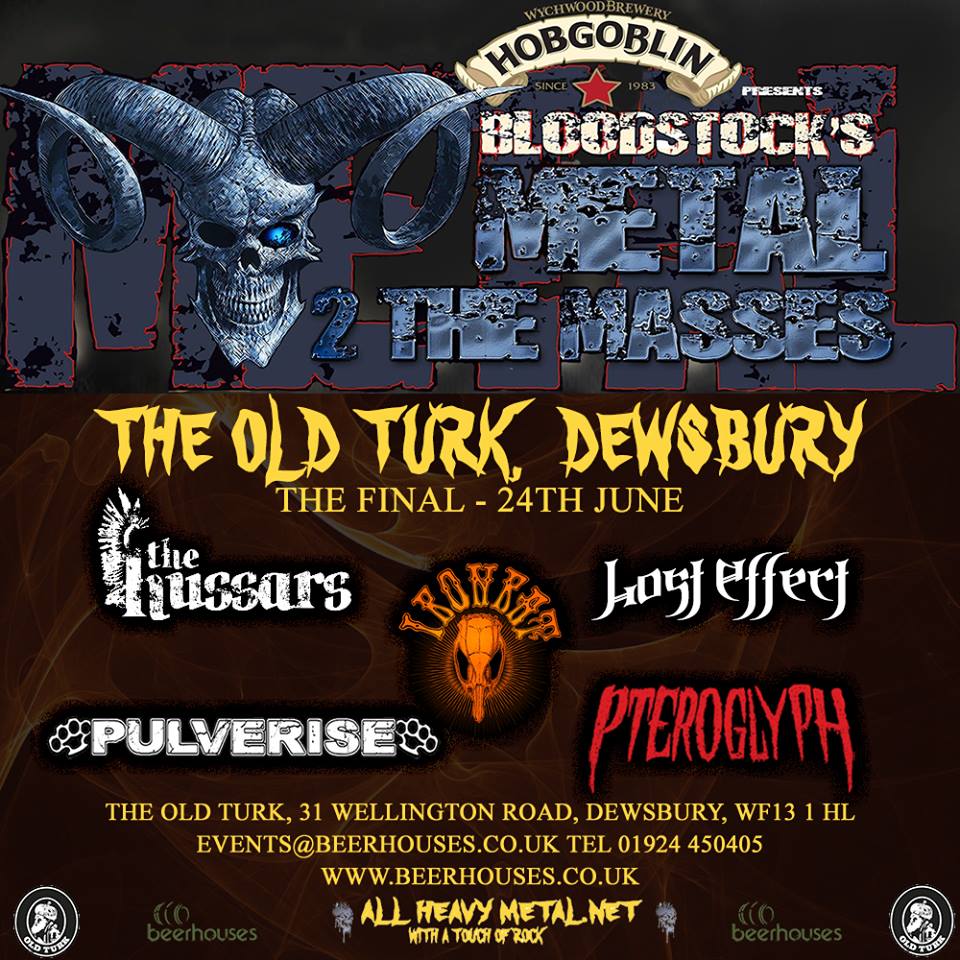 After 4 heats, one runner up round we have five great bands to battle for a chance to play at Bloodstock Festival. Ironrat, Lost Effect, Pteroglyph, Pulverise and The Hussars, with special guests Leatherneck who will closing the competition for us.

Lost Effect
A five piece melodic metal band from York. Formed around January 2008, Lost Effect play a unique style of metal with many varied influences. With instances of straight up classic metal riffs, clean melodic passages, bang your head breakdowns, death metal roars and the odd progressive element, Lost Effect’s style is something to be witnessed for itself. The band utilise a beauty and the beast style of vocals, which to quote DJ Beerman from Top Rock Radio “abuses and caresses your ears”.
http://www.allheavymetal.net/…/ba…/id/229/name/Lost%20Effect

Pteroglyph
Pteroglyph is the collective musical and artistic workings of UK maestro ‘Jimmy MacGregor’. He has poured from all of his vast touring and studio experience to hand-craft a project that has multi-layered technical structures, rampant fretwork and colossal power—all from one talented individual!
http://www.allheavymetal.net/band/band/…/268/name/Pteroglyph

The Hussars
Band from Leeds playing a melodic blend of Thrash and Death Metal.
http://www.allheavymetal.net/…/ba…/id/751/name/The%20Hussars