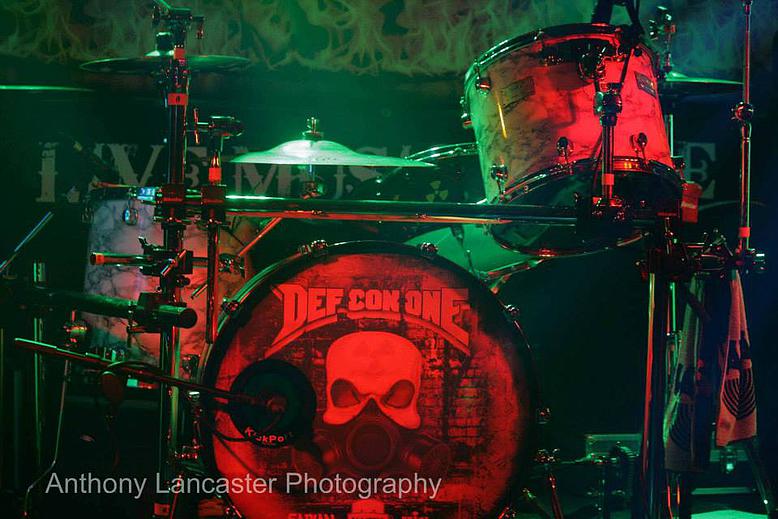 Def-Con-One equates to powerful, groove-fuelled metal of the heaviest order. Def-Con-One was founded over a decade ago by Antton Lant on drums (former drummer for black metal legends Venom 1999-2009) and Johnny Hunter on guitars after playing together in a band called SANITIES EDGE. They were looking to make the music harder and heavier and went on a search to create a new, more powerful band. A few bass players tried out for the band but nothing was totally concrete until Steve Miller joined. Steve fitted in immediately and brought with him a punk element that complimented the metal origins that Antton and Johnny had already established. Steve was himself into metal but also had a strong connection with punk and this brought a new dimension to the band’s sound. The trio then began their search for a vocalist who could add the final “missing ingredient” to what they were trying to achieve. Having tried a few different vocalists over the years they always found themselves “wanting more”, never satisfied fully with what was being produced on a vocal level, until they enlisted Davey Meikle. Davey was someone whom they all knew from the local metal scene and Antton had already been in a band with Davey called the NuFutureCowboys, and it was Antton who approached Davey to get him in. One rehearsal was all it took for all four to realise that they had found the correct mix to take the band forward.