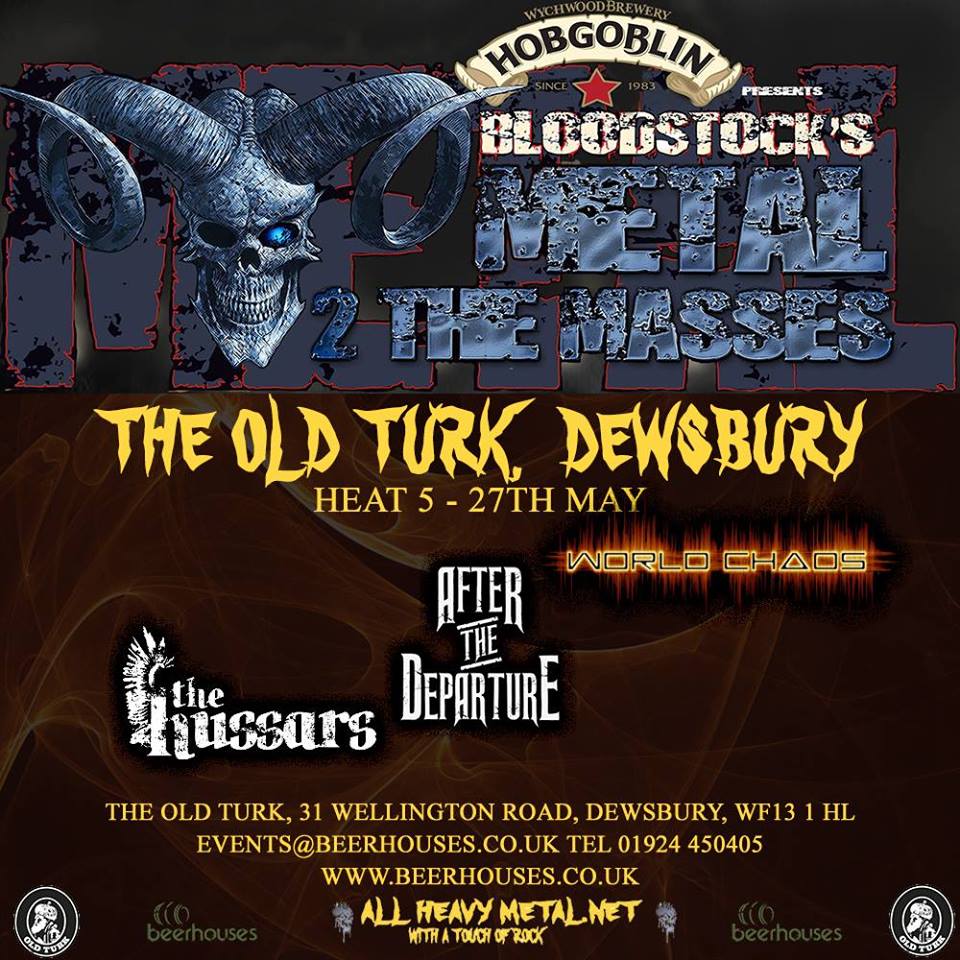 Live Music – Metal 2 The Masses runner up round

Metal to the Masses heat 5,

4 great bands battle is out for a chance to play at BOA.
Come and vote for you favorite

World Chaos,
Inspired by their observations of the world around them, WORLD CHAOS have absolute disregard for the commercial mainstream music which is ever so pervasive in the music scene. Their lyrics cover a wide range of topics but tend to be within the protest and anti-establishment themes. Their motto says it all: MORE BALLS, LESS BOLLOCKS!
http://www.allheavymetal.net/band/band/id/753/name/World%20Chaos

The Hussars
Band from Leeds playing a melodic blend of Thrash and Death Metal.
http://www.allheavymetal.net/band/band/id/751/name/The%20Hussars