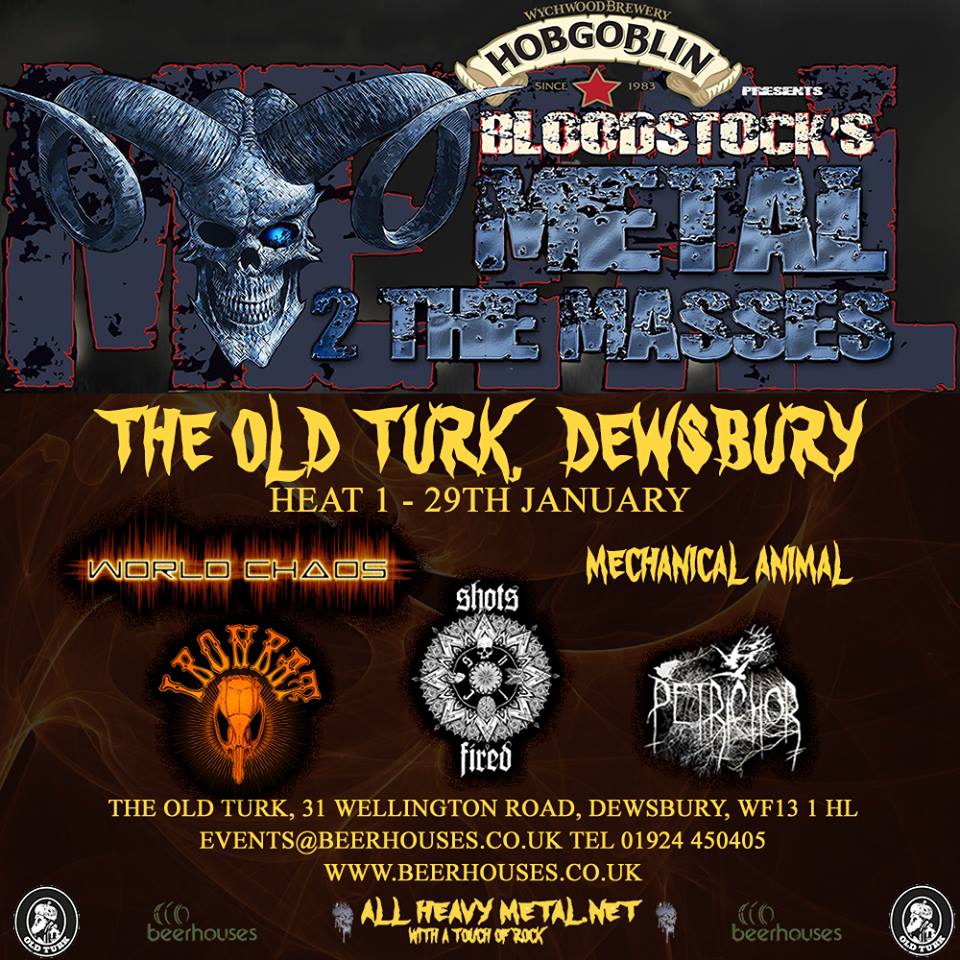 World Chaos,
Inspired by their observations of the world around them, WORLD CHAOS have absolute disregard for the commercial mainstream music which is ever so pervasive in the music scene. Their lyrics cover a wide range of topics but tend to be within the protest and anti-establishment themes. Their motto says it all: MORE BALLS, LESS BOLLOCKS!

ShotsFired,
Inspired by violence and aggression, ShotsFired incorporate elements of heavy hardcore and deathcore to create a wall of hatred and metallic energy. Established in early 2014, ShotsFired have shared stages with bands such as Giants, Demoraliser, Wraiths and Lock and key etc. ahead of their debut EP release, ‘Warpath,’ released spring 2015.
http://www.allheavymetal.net/band/band/id/489/name/ShotsFired

Formed in 2015, their ambition is to make crushing funeral doom that rends the soul, with the aggressive edge of black metal and a hint of the atmospheric soundscapes of post rock.