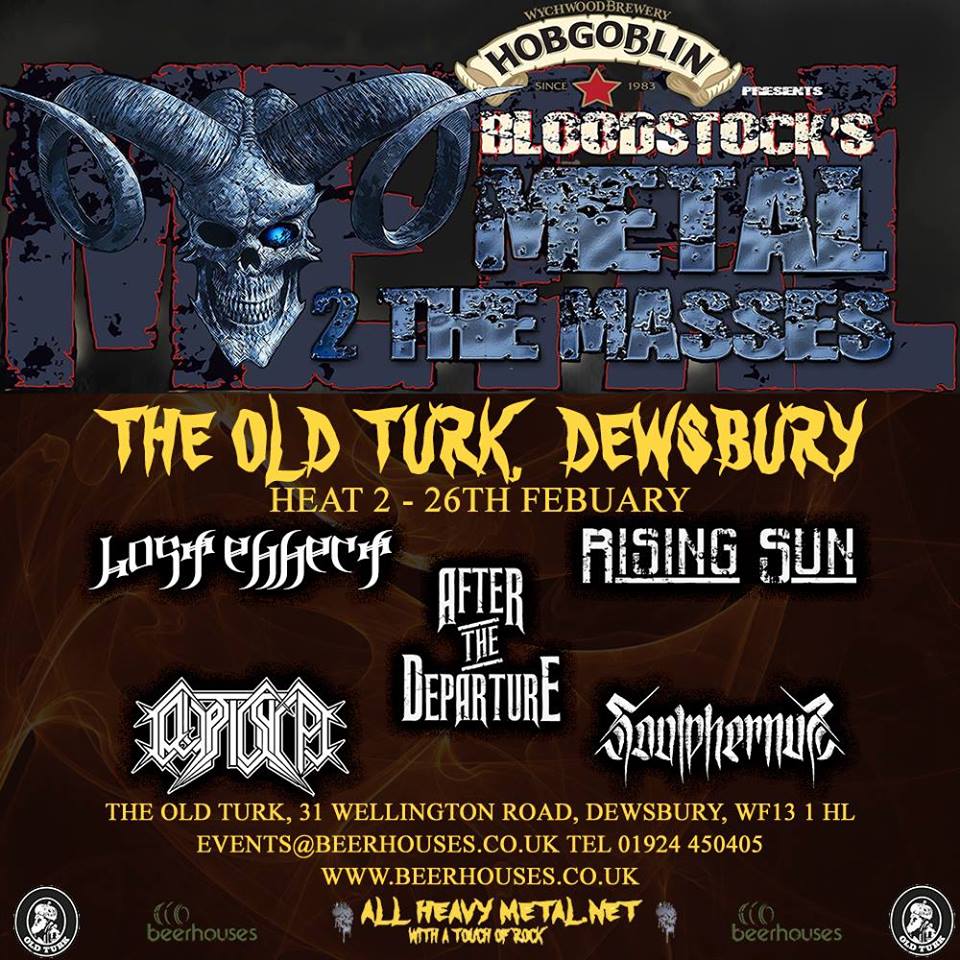 5 great bands battle is out for a chance to play at BOA.
Come and vote for you favorite

Cryptic Shift
Creating a mix of fundamental Death/Thrash Metal influences, Cryptic Shift see beyond the traditional writings of their predecessors and proceed to implant their morbid creation of Progressive, Technical, Sci-Fi Orientated Death/Thrash Metal upon their viewers presence
http://www.allheavymetal.net/band/band/id/536/name/Cryptic%20Shift

Rising Sun
MORE DANGEROUS THAN A KAMIKAZE PILOT, THESE LADS WILL HIT YOU LIKE A TONNE OF LEAD!
Big, filthy riffs and huge chorus hooks that will have you pumping your fists and blowing out your voice box!! Think black Sabbath, meets pantera, meets Guns n roses, with a big, fat BLUESY cherry on top, they’re louder than war and they’re here to stay!
http://www.allheavymetal.net/band/band/id/756/name/Rising%20Sun

Lost Effect
A five piece melodic metal band from York. Formed around January 2008, Lost Effect play a unique style of metal with many varied influences. With instances of straight up classic metal riffs, clean melodic passages, bang your head breakdowns, death metal roars and the odd progressive element, Lost Effect’s style is something to be witnessed for itself. The band utilise a beauty and the beast style of vocals, which to quote DJ Beerman from Top Rock Radio “abuses and caresses your ears”.