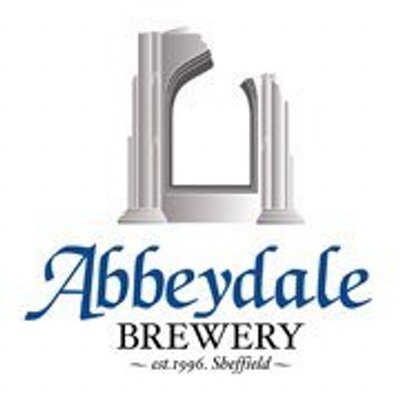 Abbeydale Brewery will be joining us to talk beer, beer and more beer!

Abbeydale are proud to be a successful small business in and from Sheffield, based in the heart of Sheffield Antiques Quarter. Their identity was inspired by their location. They named their brewery after the district that runs along Sheffield’s Sheaf Valley towards the old abbey at Beauchief (pronounced bee-chiff). Their archway logo was inspired by the frontage of Beauchief Abbey itself (which is now partially restored as a church). Much of their identity is inspired by the Abbey, like their use of language and imagery, but it’s all very tongue-in-cheek.

Their brewing story goes all the way back to 1996…

…When Patrick Morton along with his father Hugh decided to pursue their mutual love of fine beer and put their faith and money into creating their very own brewery. 22 years on, Pat and his wife Sue are still very much at the helm here and have developed the business into a well-known Sheffield institution.

Their brewery has grown steadily throughout its existence and they now make over 220 brewers’ barrels (that’s 880 of your typical casks you’d find in a pub!) per week of up to fifteen different beers at any one time. As well as their core range of five cask beers and one keg, they release a special brew every single week (often in cask, keg and now can!), so keep their brewers very busy. They don’t make it easy but then they do like an exciting adventure and love coming up with new and exciting recipes.

They have a close-knit, passionate and knowledgeable team  who LOVE beer in all its forms, and this makes a huge difference in sharing ideas and means that the beers they create come about from a collaborative process. Their brewers are all highly trained and IBD qualified and each have their own areas of expertise, which is why they created the Brewers Emporium range especially for them!

They see themselves as blending heritage and tradition with creativity and innovation, combining all the things that they love about this country’s eclectic and fast-paced beer industry. They have established Moonshine as a very popular local beer accounting for over 50% of their output, and it’s a beer they are immensely proud of, having won multiple awards over the past 22 years. Sitting alongside this much loved flagship brew, however, in recent years they’ve really allowed their love of experimentation to shine through, with the launch of their ever evolving Brewers Emporium range, their Funk Dungeon barrel ageing and souring programme, and a move into canning establishing us firmly as part of the UK’s flourishing beer market.

Their reputation has been built on making consistently good beer, looking after their customers and not taking themselves too seriously.