Sarah started working as a glass collector at the West Riding in 1994 when the pub opened and has done every job role in the West since. As we grew and one pub became more she, alongside Mike Field, formed beerhouses of which Sarah is a director. She likes nothing better than drinking tea, climbing mountains and growing her own food. Tea is her beverage of choice however she has been known to have the odd IPA or tequila every now and again.

Barry has worked in the pub trade since childhood, if not before. Joining Beerhouses in 2014 as Operations Manager, a varied role which covers all sorts of stuff. Barry has no hobbies apart from saying No to things and drinking beer but he always adheres to the limits as advised by the chief medical officer. No pictures of him exist so we’ve had to use a screenshot of his appearance on BBC’s Look North.

Clare runs the office here at Beerhouses and everything else head office related. She rejoined the company in 2014 having worked in the West Riding office previously. Kipper loves spending time with her family and is also a keen Huddersfield Town fan. Shy & retiring she likes nothing more than a game of Yahtzee with a relaxing glass of wine.

Jo looks after everything HR related (and much more) for us at Beerhouses and has done for some time now. Calm, level headed and is often a voice of reason when she’s not sat on the fence playing Devil’s Advocate. She tells us (often) that she once completed the London Marathon and is an actual non-drinker, only supping corporation pop. Many would say someone with a penchant for GDPR, likes running and only drinks water could be a little ‘dry’ but not us, our Jo is anything but.

Cary’s joined Beerhouses this summer as our office assistant as well as doing some shifts on the bars when required. She helps the old folk in the office with all the modern things like Instagram, YouTube or what’s top of the hit parade. She drinks builders tea in the main but is yet to find an alcoholic drink she doesn’t like on the odd occasion that she partakes. 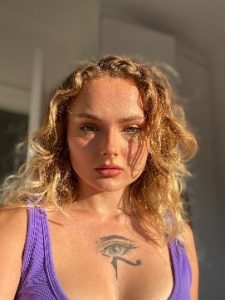 Carole has been with Beerhouses for 10 years, the last 6 as the manager of the West Riding. She is passionate about great service and keeping the pub running as smoothly. Good (expensive) coffee is her drink of choice, however on the odd occasion she can be persuaded to have a drink then she does like a nice cocktail.

John is approaching 10 years with Beerhouses, the last 7 as the manager of The Sportsman in Huddersfield. A purveyor of the finest products available, John has a passion for delighting his discerning customers and ensuring the very best of service is given. John loves a good cup of strong milky tea but on the occasions he allows himself a drink it will be a pint of cask or if feeling in need of a treat maybe a Belgian gueuze. 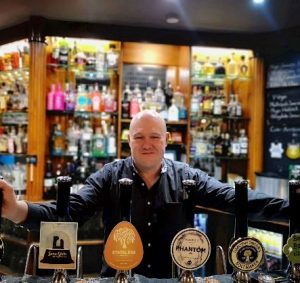 Between Phil & Lyndsey there is nearly 20 years of service at the Buffet Bar. They are currently making sure the good ship buffet bar is sailing smoothly as co-managers. Phil likes pints of tea or strong posh coffees mostly but has been known to enjoy the odd strong Belgian ale (in moderation of course) whilst Lyndsey is a tea drinker at heart but on Friday nights sometimes becomes a bit of a vodka aficionado. 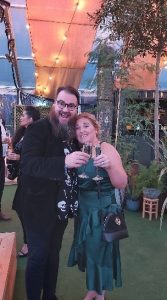 Jo has been the manager of the Cricketers for over 4 years now and prides herself in running a fantastic local real ale pub. She is very proud of winning back to back POTY awards from CAMRA as well as many other awards. A keen walker & cycler, Jo loves nothing more than finishing a day in the countryside with a well-deserved half of cask mild.

Louisa has been running the Idle Beerhouse since the start (and Symposium before it became the Beerhouse). She has a keen eye for detail and loves nothing more than decorating the bar for parties, events & especially Christmas. She is another for whom has coffee is her drink of choice, that said she has been known to enjoy the odd glass of chilled Pinot Grigio when time allows. 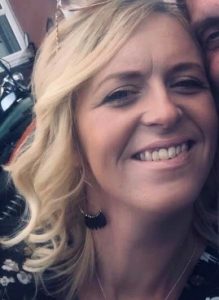 Lucy is the assistant & cellar manager at the West but has been covering at the Cricketers recently. With over 5 years of service under her belt she has a great understanding of the beers her customers want to drink and keeps them in tip-top condition, which, when she is a non-drinker herself (honestly she is and this sort of ruins the meet the team gag) is quite a feat. 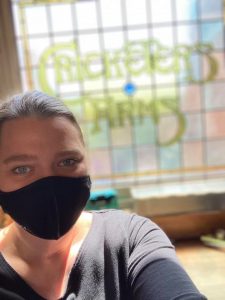 Alex has been with us for 2 years now and works at both the West and more recently he is in charge of events @ The Terrace. Passionate about music and with an understanding of the technical side he ensures that the good folks of Dewsbury are entertained with live events. Favourite drinks include Ribena, orange cordial & on occasions maybe a raspberry rum or two. 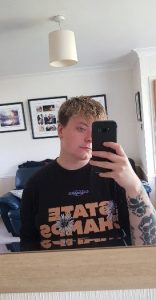